Yumi And The Weather is the wavy seaside guitar - electronica & rhythmically led pop of Ruby Taylor.

Live instrumentation and soulful vocals with an electronic twist, she has been getting love on BBC Radio from Mary Anne Hobbs, Tom Ravenscroft and Rob Da Bank.

These songs are simply overflowing with authenticity, atmospheric synths, richly layered melodies and floaty vocals have made her an instant fan favourite all over the world.

In the autumn of 2012 she self-produced her first released track ‘Not Again’ at home in Brighton, coupled with remixes from Ambassadeurs, Manni Dee & FleshCat, the perking of ears was not late to follow as the tracks were picked up by the likes of 22TRACKS, XLR8R, The Line Of Best and DIY among others.

These two singles coupled with the shimmering, bass-heavy ‘All We Can’ launched the eponymous debut EP which was an impressive introduction to Yumi And The Weather’s equally catchy and thoughtful sound and has been followed by 2 further EP's and her fabulous latest single release 'Hustle'. 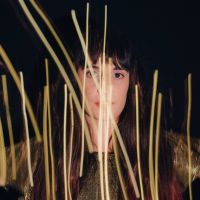 Nothing Left To Try