Producer, rapper & DJ - Corin Douieb AKA The Last Skeptik is undoubtedly one of the most infamous, genre crushing and incredible talents to come out of the UK.

Having toured the world, playing festivals from Coachella and SXSW to Glastonbury to DJ sets in sweaty clubs from Japan, Australia & India, produced for TV, a BAFTA nominated short film, adverts and theatre, host a successful podcast with Hollywood stars and made beats for the biggest names in the country from Kojey Radical and Giggs to Scrufizzer and The Manor

Now’s the time for Skeptik to take to the front of the stage to speak his truth. 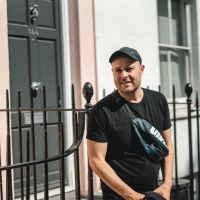