Steve Rodgers, singer songwriter writes songs that reflect his passion for life’s depth, mystery and wonder, recorded with his band of like minded musicians. Critics compare his music to a mix of Jack Johnson, Paolo Nutini and Cat Stevens.

He has ‘guested’ at Wembley for Bad Company, Aerosmith’s Joe Perry and the Robert Randolph Band. Tours have included support slots for Bad Company in the UK and Japan and his own headline dates in the UK and Canada. Steve has also supported The Deborah Bonham Band and Midge Ure on their respective tours in the UK and Europe. He supported Bad Company again with Lynyrd Skynyrd for their coast to coast US tour and joined Stackridge for a three month tour of the UK. To coincide with an album release, toured with Bad Company and Joe Walsh in the US and UK over four months. 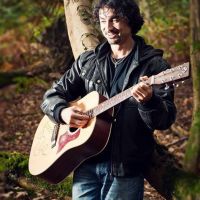