Previously known as Slowlights, the indie-rock band Slowlines are back making huge waves in the music industry during 2019.

They pride themselves on the fact that their efforts are 100% DIY, and with musical salutes to Arcade Fire and Bombay Bicycle Club, they are making a profound stamp on their loyal fanbase.

Music to their followers ears, the band have just returned from recording fresh music, which is already receiving radical acclaim from the critics. 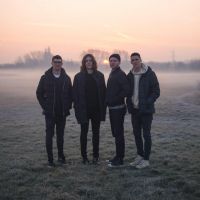