Their songs are built upon hard graft, arena sized ambition, and a motivation that’s seen them pick up guitars that have been seemingly dropped by yesterdays rock stars, helping them usher UK rock music into it’s next era. Shader are undoubtedly an eclectic swirl of rock and roll superstars in the making. 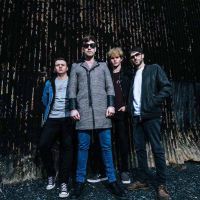