Having grown up surrounded by painters, actors, and journalists, Saint Clair became the first in her family to turn to music, pursuing a career trajectory that’s so far taken her on the road as a backing vocalist for long-time friend Marling (in whose Reversal Of The Muse project she also participated, alongside HAIM, Dolly Parton and Marika Hackman), and seen her play keyboards and sing BVs for Ghostpoet.

She has also supported Bastille on their most recent arena tour, as singer and bassist in emerging, Radio 1-supported rockers Childcare. 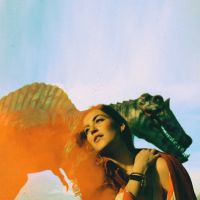