2018 has found Rothwell surrounded with hype after her latest releases, Velvet Heart was featured in the hottest TV programme of the year, Love Island.

After being played on the show, the track raced in to the Top 20 of the iTunes charts and to date has been streamed over half a million times.

She has since gone on to play packed out shows at The Garage, Isle of Wight Festival, Latitude Festival, British Summer Time and Kew The Music. 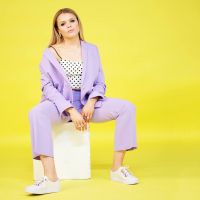