Roman Scott Is the prime example of an independent, modern artist on the rise.

Hailing from Brighton, the 25-year-old's 1st single ‘Hold This Down' was picked up by both Indie Shuffle and Hilly Dilly and went on to reach No.1 on Spotify’s 'Global Viral Chart’ racking up 850k plays in 2 weeks.

He is fast becoming known for his powerful vocals and eclectic take on electro pop, mixing elements of soul, folk and jazz with razor sharp productions; a sound which strikes a chord with those looking for a darker, more alternative approach to pop. 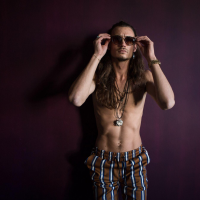