Just when you think you know Riva Starr... He’ll probably confuse you with yet another side to his musical personality. Don’t call him fickle, though. Try bored. Try excitable. Try unpredictable... And then some!

Driven from his Italian motherland by a compelling desire to reinvent, innovate (?) and progre ss (!), Riva has made London his home since 2008: A breath of freedom and fresh beats that allowed to him to wear his inspirations proudly beyond the sleeve and deep, deep, deep into the groove. A Neapolitan cultural exile with a degree in Chinese literatu re; a passionate family guy who still manages to juggle a DJ schedule of over 200 international gigs a year, a label and production duties. How can you pigeonhole a man who never sits still?

From the dolce vita to Dalston, the Big Smoke’s open eared commun ity and exciting cauldron of influences finally allowed him to truly make the records he wanted to make. In the past he’d produced house, techno, breakbeat, electro, pop, folk and everything in between. Here was the city where he could bring them together. To Riva, though, he’s just doing his job, hoping to pick up new friends along the way.

It’s been like this from the very first releases. Having taken his previous guises as far as he could, his infamous debuts on Made To Play and DirtyBird were the result of anonymous MySpace demo entries. Refusing to rely on any kudos he’d developed before, Riva took a brave dive into a whole new world of beats and let the music speak for itself.

Since then he’s strutted with acts as varied as Noze and Balkan Beat Box, re mixed Dennis Ferrer, Usher, Gossip and Estelle (to name a few) while future fix - ups include Fatboy Slim and Beardyman.

Never forgetting his roots, Riva records range with the wily eclecticism of all the ages; he strikes chords we can all relate to: from th e DJs that have appreciated his work (from Tiesto to A - Trak, Jesse Rose to Annie Mac and Giles Peterson to David Rodigan) to you, me and everyone in between. 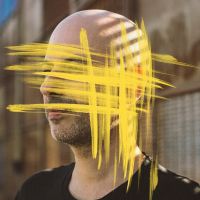