Described by Gigwise as “the glorious lovechild of The Klaxons and Justice ”, Pariis Opera House are an electronic music duo based in London who are making huge waves in the scene.

Since bursting onto the scene on a short time ago, Pariis Opera House have had a truly blessed career.

They've delivered remixes for the likes of Island Records (The Wanted - Chasing The Sun) and Infectious (Local Natives - Breakers) and also guest starred as themselves on Hollyoaks.

They've had a string of radio hits in recent history and maintain a wide and loyal fanbase. 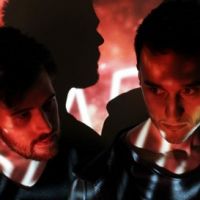