The 2017 emerging band have already been playlisted on New York WYNR, Italy’s Primantenna FM and Radio Galileo, receiving support from Record of the day, BBC Introducing and Xune Mag.

The band, formed around lead singer Harry Kinchington, have done a series of gigs all over the UK and Europe at Hyde Park Book Club last November, The Polar Bear & at Retro Manchester in May, supporting The High Dials. With an upcoming event in October at the 1 and 12 Club, Bradford 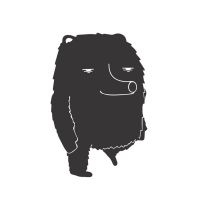 That Ain't The Way It Is