‘Lacing her grit with grace is what sets this South London hip-hop star apart from the rest’.

Inspired by an amalgamation of her parents music taste in African, Hip-Hop and R&B sounds, this razor-sharp rapper ‘steers away from the fickleness of mainstream chart pop’. Ms Banks is seemingly unafraid to write bars both ‘cardinal and clever’, further encouraging empowerment to women in the male dominated rap world.

Her ‘raw, edgy and versatile sound’ are evidently shown in her new singles “Snack” Featuring Kida Kiz and “Like Tu Danz”. Ms Banks’ assimilation into the mainstream and release of her latest mixtape “The Coldest Winter Ever” is a clear display of her instinctual love and talent for grime, trap, drill and hip-hop.

Being in the industry coming 5 years, Ms Banks has won herself a series of awards from the UEA Favorite female rapper 2014 and USH Best Rap Female Newcomer 2014 as well as Stage Up Women Best female rapper 2014.

The South East London artist’s fierce lyrical prowess landed her spots on tour with Wiley, Cardi B and Nicki Minaj. Ms Banks has also collabed with Tinie Tempah and Stormzy, with hints to potential upcoming music with rap queen herself - Nicki Minaj.

Ms Banks is due to perform at the South West Four festival in August and the Boundary Festival in September, as well as at the O2 Academy, Glasgow in November. 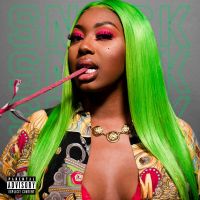