What comes first? The actor or the songwriter? For Michael Malarkey, the writer came first, then the self-taught musician, rapidly followed by the self-made actor Malarkey was born in Beirut, Lebanon to an Irish-American father and a British mother of Arab/Italian origin and is most famous in the acting circles for his role as the notorious Enzo in the hit CW series The Vampire Diaries.

Growing up in Yellow Springs, Ohio, Malarkey travelled to London to study at the London Academy of Music and Dramatic Art and alongside his acting career he immersed himself in music. 'I consider it a form of poetic journalism. It's an endless journey of self-discovery.' Described recently as folk-tronica' (Metro), Malarkey's musical imprint is inspired by a host of different artists and his debut record Mongrels is a demonstration of an eclectic musical taste.

Mongrels doesn't beat around the bush. The songs don't jump and down, they don't wear fancy clothes but lyrically the record plunges you into the depths of a passionate poet with an ear for melody.  Malarkey's writes a mixture of introspective country/folk music or driven, ravenous blues songs with lyrics filled with a haunting beauty, yet displaying a warm soul. Each song is a new journey into another corridor of his mind, charged with the depth of a man who sees the world in imagery and emotion.

"The Atlanta-based artist is remarkable to watch, but his talents as a songwriter and musician are the real focus. "Mongrels" is the ideal showcase for his vocals with its folk roots and country-styled slide guitar" (Billboard)

"Mongrels is a collection of spooky, compelling stories that mix blues, folk and rock into package that fits nicely on the fringes of the Nick Cave/Tom Waits Venn diagram." (Classic Rock Magazine) 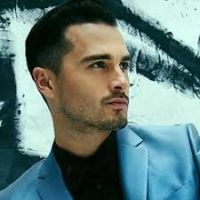