Marshall F is a producer, remixer, DJ, and sometimes a vocalist.

His signature sound arises from the influences of the grooves and swing of early US & UK garage with a strong Chicago house vibe filtering through to compliment the raw garage sound. Unsurprisingly, comparisons to Todd Edwards, Mood II Swing, Kerri Chandler and Masters at Work have been coming in to make a pretty respectable entrance for the producer.

So, what does the future hold for Marshall F?

“Global domination, make album with Rick Rubin, make own tequila brand, make own water brand, get sampled by W ill.I.Am, sue Will.I.Am, get sued by someone else, get arrested for tax evasion, make album in jail, get released, make comeback album, get dropped for lack of sales, get admitted to the Priory, grow beard like Rick Rubin, preferably in that order”. 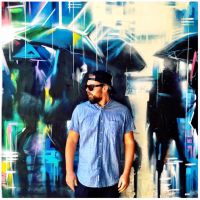