South London’s Margot came into existence after five friends finally put into action their frequented drunken discussions about merging into one musical project.

Their sound combines a nuanced blend of dream-pop, neo-psychedelia, and jangle-guitar. Aligning eclectic influences, the band draws from hazy indie-rock guitar bands such as Real Estate and The War on Drugs. 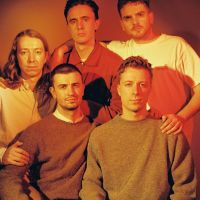