Low Island was formed as an accidental by - product of a theatre score composition. It quickly spiraled into a unique project that has grown to be loved by thousands.

The Band has received wide support from the BBC, they've enjoyed sterling comments from Huw Stephens and were named as BBC Introducing's Act Of The Year 2017.

Favourites at clubs and festivals, the band have maintained an impressive touring schedule where they command a growing and loyal fanbase. 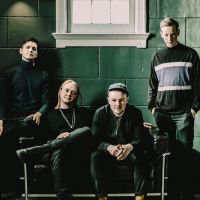