Louise Golbey is a singer, songwriter and musician.

Having already played at Glastonbury, The Isle Of Wight Festival, BBC Children Need’s CarFest, BluesFest 2016 and recorded at the famous Maida Vale studios (BBC Introducing), Louise has established herself amongst a variety of acclaimed producers and DJ’s and her strong fan following continues to grow.

She has developed a solid reputation within the UK soul scene performing extensively across London and beyond and performing regularly at many legendary venues such as Ronnie Scotts, The 606 Club and The Jazz Cafe as well as regular gigs abroad in France and Hamburg.

Louise has worked on tracks with Example and Grime legends The Newham Generals (signed to Dizzie Rascal’s Dirtee Stank label) and has supported and shared the stage with a number of acclaimed artists including Jessie J, Paloma Faith, Katy B, Mr Hudson, Lianne La Havas, Omar, Alexander O’Neal, Mitch Winehouse (in aid of The Amy Winehouse Foundation) and Ed Sheeran (who appears in one of Louise’s music videos and even mentions her in his ‘thank yous’ on his first album ‘+’).

One of her biggest gigs to date was opening for the legendary George Benson at Kenwood House Picnic Concert in front of 6,000 people and she supported The Stylistics on their sold out UK tour which included Liverpool Philharmonic Hall, The Brighton Centre and Indig02 (in London’s 02 Arena). She has supported both Roberta Flack and En Vogue at The Indigo2 and Roy Ayers and Omar at The Jazz Cafe.

In November 2017 – Louise was Caffe Nero‘s Artist of The Month.

Her tracks are played regularly by various DJ’s on BBC radio stations Radio 1, 1Xtra, 6Music and BBC London and she is a firm favourite on Jazz FM, Mi-Soul and Capital Xtra and she has appeared on London Live TV channel for performances and interviews. 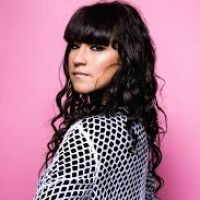