“A modern spin on Motown with hints of electronica” is how Little Grace vocalist Ben Harrison describes the band’s sound. The four piece group from Liverpool is made up of Ben and his brother Adam on vocals, joined by bassist Callum Horridge and drummer Peter Kirby.  Combining their passions for RnB, Motown and Soul, the group has been busy wowing their growing legion of fans with their unique, modern twist on classic genres.

With influences from John Legend, Marvin Gaye, Luther Vandross and Bruno Mars, the group naturally began writing pop music with heavy hints of soul. It was gigging their original material around the North West that encouraged the group to release their debut EP Little Grace, featuring slick vocals, dreamy st rings and more of a laid back pop sound. 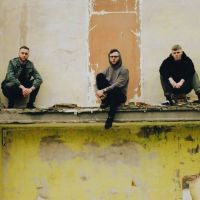