Litany may be one of the few artists that we’re aware of that are only accurately described as alternative pop.

Led primarily by Beth’s smokey-yet-subtle vocal atop a digital musical backdrop, it’s as if Jess Glynn’s collaborations with Clean Bandit took a much more pensive twist.

To date, the band have had plenty of plaudits: a single in the Top 10 of the Spotify Viral charts in no less than three countries (including the UK) as well as radio support from Radio 1 and 6Music.

The cool/credible combination doesn’t end there – the band have also graced the coveted soundtrack for Made In Chelsea as well. 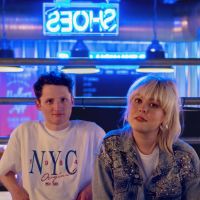