Le P has been a known name to many since 2013, when he released his remix of History by Michael Jackson, which went straight to the top of Hype Machines worldwide hotlist.

Being one of the 1st antists in the genre, which later became known as Tropical House, has resulted in a hefty reputation and millions upon millions of plays on his music.

He has released remixes for artists such as Milky Chance, Sam Smith, Astrid S and Mako; As well as original songs including collaborations with many Grammy-nominated artists & songwriters. 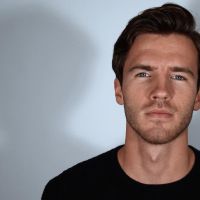