The album offered the duo a chance to explore their combined love of the work of the polymath and literary giant, John Berger. Having featured as a young girl alongside John Berger himself, in episode 1 of his ground-breaking BBC series, "Ways Of Seeing" (which in turn became a best-selling book worldwide as a criticism of elitism in the art world), his poetry became a source of deep inspiration for Tina's songwriting and lyrical material for the album and a new way for the pair to share his extensive reflections on migration, identity and living in harmony with nature.

Tina Grace is primarily known for her work with Nitin Sawhney with whom she wrote ‘Letting Go’. The song was featured on the Mercury Prize nominated album, Beyond Skin, and marked the start of a long musical partnership with Sawhney. She subsequently featured as a lead vocalist and co-writer on 8 of Sawhney’s studio albums aswell as also working with Moby, Cirque de Soleil, Fink, Simon Raymonde (Bella Union, Cocteau Twins.) Tina also released a solo album ‘2+2=April’ in 2007 – recorded in Iceland and Brazil and co-produced by Valgeir Sigurdsson (Bjork, Sigur Ros, Mum) and Nitin. Grace and Colvin first met through working with Sawhney on ‘No Death in Love’, the title song to award-winning game, Enslaved (feat. Andy Serkis, pub. Namco Bandai). 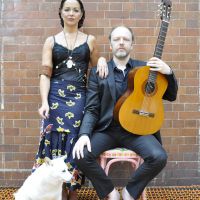 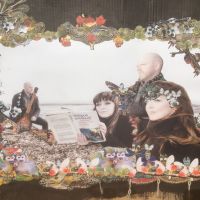 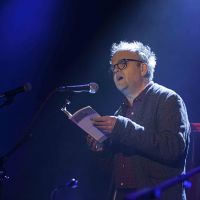 5am (a poem by John Berger, read by Toby Jones)