Justin Harris’ career started out in the early days of House Music beginning in warehouses, fields and occasionally clubs of the UK in the late 80's. Alongside such luminaries as DIY Sound System, Mr. C,  Eddie Richards, Colin Dale, Nigel Casey (House of 909) and a host of other legendary DJ's and sound systems. It’s fair to say that Justin played a substantial part in shaping the house music scene into the global force it is now..

Around 1995, Harris moved to London from Bournemouth to expand his horizons. At a dark and deep warehouse party in East London, he literally tripped over Luke Solomon and after a garbled conversation, the possibility of Freaks was born. Studio’s were booked! This was to be the start of a 20 year partnership, so far leading to the creation of four albums, well over 100 EP's, live performances and countless remixes for artists such as Matthew Herbert, Derrick Carter, Greenskeepers, Markus Nikolai, Tiefschwarz, Matt Tolfrey, Dave Aju, Gene Farris & Sonny Fodera, Soft Cell, Damon Albarn & the list goes on …In more recent years, releases have come on esteemed labels Hot Creations, Visionquest, Circus Recordings, Crosstown Rebels, Leftroom, Playhouse, Perlon, Silver Network and Rebirth amongst others. Freaks last album 'Psych' on Rebirth Records was a culmination of eight years work which had fantastic reviews and made DJ Mag's Album of the month. In 2017, they released an EP of lost works on the wonderful Circus Company called Stuff We Forgot to critical acclaim and most recently from Freaks is a brand new EP on the unstoppable Eat's Everything's label Edible, with a remix from Josh Wink. Ask any DJ worth their weight and they’ll attest to the fact that Freaks productions along with their co-owned label, Music For Freaks were creative landmarks in house music and electronic music production, bending people’s perceptions and pushing the boundaries of house.

So, it was without hesitation that Justin & Luke decided to re-launch the label in 2015. It had been a long time ago since them Freaks, built a bridge with Chicago and created an island that absorbed a community of fellow house music misfits. Fast forward to now and spearheaded by Justin Harris, the label’s misfits include Bertha (Diz Washington), Villalobos, Demuir, Dan Ghenacia, Chris Carrier, Dave Aju, Mr. Tophat, Argy, Honey Dijon, Tuff City Kids, Jozif, SoulPhiction, Lil Mark & Mikey V, Wyatt Agard & Nick Maurer, thatmanmonkz & Soul Clap.

DJ'ing has always been in Justin’s heart and is, in his own words, the foundation and inspiration for all the music he makes… His 20 year DJ career has seen him play thousands of parties at venues around the world including Fabric (UK), Fuse (Brussels), Rex (Paris), Skanssen (Oslo), Lolita (Barcelona), Robert Johnson (Frankfurt), Watergate (Berlin), Panorama Bar (Berlin), Back To Basics (Leeds,UK), Sankeys (Manchester-UK), Homelands Festival UK, The Glade Festival, Boardmasters Festival, Shindig Festival, Cafe Del Mar (Ibiza), Pacha (Ibiza),Space (Ibiza) and Ibiza Rocks House At Pikes Hotel with many international  tours in America, Australia, South East Asia and Eastern Europe under his belt. Justin also had the honour of recording the After Hours Mix for Tong on BBC Radio 1, a highlight in any DJ's career.

Now living on the white island of Ibiza, Justin has most recently DJ’d at Zoo Project, Cafe Del Mar (Music For Freaks residency), Space and Pacha whilst also manning the helm at the legendary Music For Freaks parties, which have been lifting the roof off Pikes Ibiza for the past 3 years. The residency started in May 2016 and continues to today, with guests from the ever growing Music For Freaks family, appearing throughout the summers including Dan Ghenacia, Dave Aju, Lord Leopard, Mr. Top Hat, Jozif, Lil Mark, Jonny Rock, Javi Bora, Juan Corbi and an occassional surprise appearance from DJ SNEAK ! 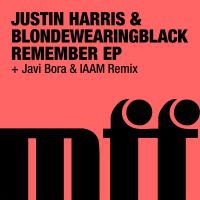