JAWS are a Birmingham raised Indie Rock band formed in 2012.

The band mix wistful melodies with roaring rock guitars and muted nostalgic vocals that are overflowing with emotive character.

The band have almost single handedly driven this sound back onto the frontlines, producing a string of high profile gigs and overwhelming support from the BBC network. 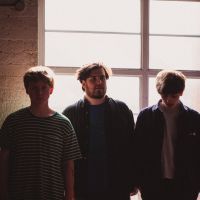 End Of The World