Fast forward fifteen years to a relocation to London to study at music college and the Royal College of Art, they joined forces to form their ultimate creation, which started just over two years ago. Since putting their debut track 'Dead' online at the start of 2016 they immediately gained interest and attention for their unorthodox take on modern rock music, which was followed by their last single 'Fighting Myself' and the release of their debut EP 'Husky Loops' via Alcopop Records. 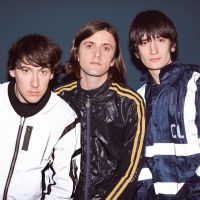