With influences ranging from John Martyn to St Vincent, she combines her unique playing style with lyrics inspired by the likes of the Roman poet Ovid, Sylvia Plath, and Murakami.

Still in the early stages of her career, her music has attracted the attention of Tom Robinson on BBC6 Music, BBC Introducing Manchester, and Amazing Radio.

As a songwriter and session musician, she has performed at iconic venues such as Band on the Wall, Manchester Cathedral, The Roundhouse in London, and La Cigale in Paris, and in 2019 she was then invited to join the panel for Unheard Voices, a gender equality conference at EU Parliament in Brussels. 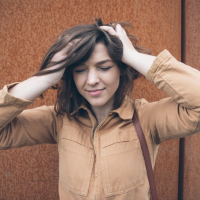