“An artist you should know about” Lauren Laverne (BBC 6music).

Her disjointed, hip-hop infused beats has attracted support from Young Fathers, Tom Ravenscroft and BBC Introducing who described her music as a “Socio-political commentary in a sweet, sweet tune”.

Having performed her psychedelic pop at The Prince Albert and the Smoked and Uncut Festival in July, Knight is due to appear at Hackney Grow for her debut album “Blue Marble” release show in September. 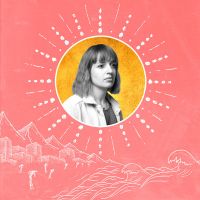