At just 23-years-old, south London rapper Dylan Williams has already lived several lives. He has been the face of major global fashion campaigns; he spent 12 months living and studying in East Africa at the age of 15, and started writing lyrics in the playground. These lives have finally collided and he is now entering an exciting new phase.

His inherent love of music can be attributed to his upbringing. He was exposed to an eclectic array of styles and genres ranging from blues to grime to funk, and immersed himself fully in everything he heard. Dylan’s fascination with words and rhythm grew as a result of this and developed even further when he would play word association games in groups at school. He quickly discovered his innate ability for storytelling and lyrical expression and built on this, freestyling and expressing himself through raps about his views, experiences and emotions. Rapping brought out his confidence and it was through performing that he found he could articulate his inner thoughts authentically and honestly. 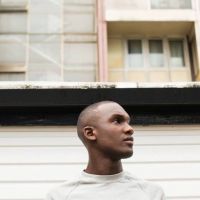