Recent years have seen Daniel Pearson quietly build a reputation as being one of the best new singer-songwriters in the UK.

Blending elements of indie rock, country, soul and blues his immediately accessible songs deliver the emotional connection and honesty that only instinctively great songwriting can provide.

Writers for Uncut Magazine, Drowned In Sound, Shout 4 Music, Pop Matters, R2 Magazine, AllGigs, Sabotage Times, For Folks Sake and No Depression have been quick to celebrate the arrival of a new voice and have drawn comparisons to Ryan Adams, Bob Dylan and Bruce Springsteen in a series of rave reviews. 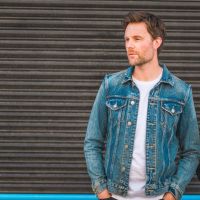