NME
“Batshit ADHD electropop that’s as focused on big hooks as it is kitchen sink experimentalism.”

CLASH
“Eerily contagious, Curxes are an oddly beguiling alt pop gem who seem to wrestle a place in your head and refuse to let go.”

THE 405
“The perfect example of original, intelligent pop music.” 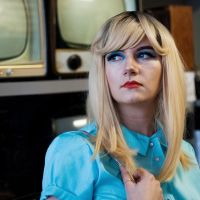