Todd and Baron formed the band after meeting at the University of Nottingham. The band's sound inc orporates soul music , disco and house music. By 2002 the band expanded to include bassist Tim Davies, percussionist Mav Kendricks, and vocalist Danielle Moore. Todd explained the origin of the band name: "A flat mate of mine had a record called 'loco pinga' which roughly translates to Crazy Penis, we were going to call ourselves loco pinga but once we told people that, they liked crazy penis better for the shock value."

They were signed by Manchester label Paper Recordings and have since releas ed six albums and several singles, starting with "Digging Deeper" in 1996. They built up a stron g fanbase in Australia where they have toured several times.

Their track "There's a Better Place" samples the song " Pure Imagination " from the movie Willy Wonka & the Chocolate Factory.

Their track "Stop Space Return" was released as iTunes UK's single of the week on 28 October 2008.

The band began using 'Crazy P' exclusively in 2008 with Moore explaining "We wanted to grow, and keep growing, so there was no point in cutting our nose off to spi te our face by keeping the original name." 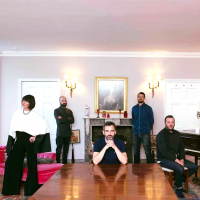 Crazy P - Do It Good (Crazy P's We Found The Parts…