Described as “Ed Sheeran meets The Killers”, COAX have quickly made a name for themselves as one of the industries hottest new properties.

They’ve had tracks featured on ITV’s This Morning, have sold out many a show and were recently nominated for ‘best rock act’ and ‘best record’ in the 2018 Unsigned Music Awards. 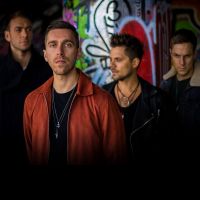