Bisola is a British Pop and Inspirational Singer-Songwriter.

Her catchy and uplifting songs have received airplay on BBC Radio, Best of British Unsigned show and a host of radio shows in the UK and beyond.

Bisola's 2018 dance floor song ‘Come Alive’ was selected as Track of the day by BBC Introducing South and 'This Christmas' her Christmas charity single was crowned Christmas number one by the Radio Indie Alliance music charts for 2018.

Having music described by the popular music blog Earmilk as ‘rousing, alluring and soul lifting all at once’, Bisola has also been shortlisted for a number of songwriting contests and performed live as one of the finalists at the 2018 Thame Town Music Festival Songwriting Contest.

In 2019 Bisola continues to make her mark in the feel good music space with live performances and new music releases planned in the coming months. 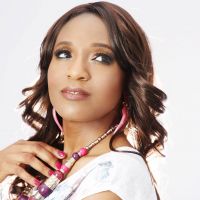